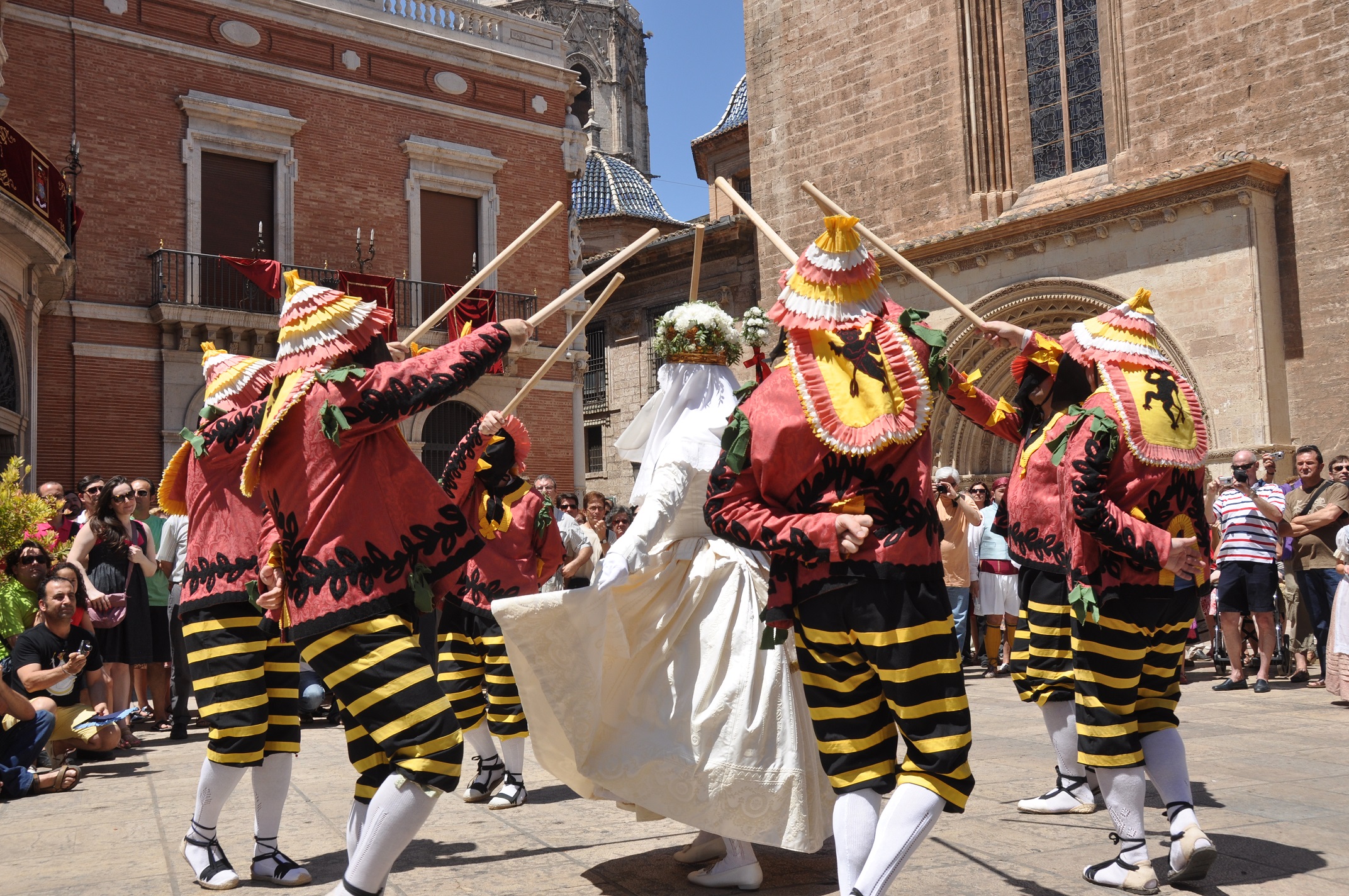 This is one of the most spectacular festes in the city, as it was considered the city’s most significant day for centuries. The first processions in València date back to 1355, when society paid special attention to pedagogical values, to narrating and instilling Christian myths, making reference both to passages in the Old Testament and to characters related to local traditions.

Over time, the general procession and the sacred feast procession were enriched with all types of symbols, elements and characters, including the so-called roques. These are short plays about the mysteries of Christ, whose artistic and social worth was such that processions came to be held on the occasion of royal visits to the city as well. However, the festivity started falling into oblivion with the intensification of modernisation processes and society’s secularisation. It was only in the mid 1970s that the first attempts were made to bring the processions back, following initiatives by popular tradition lovers and through the creation of associations such as Amics del Corpus, in 1977. Growing awareness about the heritage value of the Corpus festival resulted in its being declared Cultural Heritage by the Valencian Government in 2005.

The celebration takes place 64 days after Easter. Two days before, the popular roques (triumphal carriages) are moved from the Casa de les Roques to Plaça de la Mare de Déu. Some roques date back to the 16th century. They were used as a stage for short plays with religious scenes like interludes and mysteries. At night, the Municipal Band of València gives a concert in the square, followed by a guitarrà (guitar playing) and an awards ceremony in which prizes are given to the best decorated balconies and facades. The Bell-ringers’ Guild ring the bells of El Micalet during the events.

On Sunday at noon the Sacred Feast procession takes place, headed by the Capella de les Roques, including traditional Valencian ritual dances like the Ball de la Moma and the mysteries, which are groups that play biblical scenes, as a prelude to the evening procession. Children's dances such as pastorets, cavallets, arquets and llauradores, among others, are also included. Attention is drawn by the Devils’ troupe known as The Throat Slit (Degollà). This commemorates the slaughtering of children ordered by King Herod, which brings a great deal of a carnival touch to the procession.

The roques parade in the afternoon is pulled by horses all the way up to the Palau (palace) next to the archiepiscopal seat. The itinerary of the general procession is characterized by floral motives, with thousands of petals falling from balconies onto the Saint as choirs sing their chants. The long entourage includes guilds, monastic communities, parishes, brotherhoods, and different religious and lay entities, along with numerous biblical characters and symbols, and mythological animals symbolising salvation by the Eucharist. The procession ends with the solemn image of the ostensorium, accompanied by leading civil, military and ecclesiastical authorities, as well as devout citizens.

The celebrations held at the Corpus Christi Seminary, also known as the Patriarch’s School, founded by Saint Joan of Ribera, are also noteworthy as a testimony of the devotion for the sacrament of the Eucharist. In this setting, impressive religious rituals are held on the Corpus Christi octave. Throughout the year, roques, gegants i cabuts (giant figures and large-headed ones), and other processional elements can be seen at the Corpus Museum in El Carme district.